In recent times social media is one of the biggest impacts in our lives. Customers in the towing industry have been affected both positively and negatively. Due to this, they have grown smarter, and require better services. Companies bidding for city contracts is one of the biggest changes. 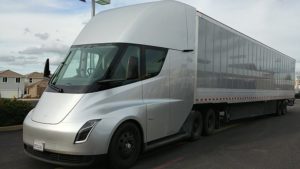 Bidding contracts in the past, companies had to build relationships with the city officials, which therefore had to be done with one in the law enforcement. Simple procedures were followed, and, if the qualifications were met, they got the contract. However, a change occurred when single tow companies tried getting the entire contract for themselves.

For example, in Texas, a company with not a single tow truck got the contract. They bought tow trucks after having won the contract to be able to provide towing services. A sales pitch left lots of towers out of the rotation that had been made.

Tremendous opportunities are seen by people outside of the towing business. Certainly buying trucks, paying damages, paying for fuel, providing insurance and other equipment are among the many expenses incurred by tow companies. Preservation, vehicle storage, vehicle parts and others, all this come along with towing revenue. Some companies only offer services like vehicle disposal and storage, while they want towing provided by the local contractors. With lots of money and a three-piece suit, they build relationships with city council officials. Through this they win contracts in the major cities, other companies through the growth of their success will pick the same approach aiming at their growth.

One other interesting challenge, is potentially having tow trucks that are autonomous. This article discusses such a scenario, and is a very interesting read.

Towing laws in the towing industry

In addition to all this, the industry is known to have substantial potential for abuse. Due to this, certain operators may initiate unwarranted procedures for towing and high forced charges by the operator towards the consumer for the release of their vehicle. This led to the implementation of laws to protect the consumer-citizen by a lot of jurisdictions for charges on predatory towing have been put in place.

Some options may come up for the tow companies as time goes by. The options include

These will hurt the industry as a result of the new companies, which want to get in this business industry.

Owners of tow companies should be aware of changes taking place in this industry and should work on evolving with the change to avoid being forced out of business in this changing times of social media influence. Towers working together and marketing of their work would help ensure that some towers are not left out.

If you’re looking for information on towing hitches, we have a great article about hitches which demystifies everything.